This is my first posted build. I'm using Monsterfish's Conquest texture pack http://www.planetminecraft.com/texture_pack/conquest-32x32/  This is a 1.7.2 Build. McEdit and Worldpainter used for so.me terrain editing inside the generated minecraft world.

A group of mages from a powerful city in the North set out South in search of  power and wealth. Upon reaching the desert they stumbled across a massive crater around which was an abandoned village. The crater had been walled in and at its center there was a large cave. Inside this cave the mages found a large glowing red crystal. The mages felt the power of the crystal and used it as a conduit to open a portal to their home. The cave entrance was sealed and inside it the mages constructed their own quarters. Soon the mages' previous home in the North sent more travelers and supplies through the portal the mages had opened. To protect the portal the city in North instructed the mages to construct a great gate to more securely seal the cave from any enemies they may come across. The mages and the influx of travelers from the North built the gate just as their leaders requested and named it Traveler's Keep. Along the wall of the crater the mages erected watch towers which would eventually spread to surround the soon to be rebuilt city. The orginal travelers and the defenders of the keep lived within the keep itself while the mages still resided within the cave; ever watchful of their crystal. Soon, too many travelers were arriving to house within the keep and the abandoned village around the crater was rebuilt and a sprawling port city sprung up in a matter of years thanks to the portal.

However, as the mages continued to use the crystal's power more and more they began to since magical distortions coming from the stone, but in their arrogance ignored them. Finally, when a shipment from the North was coming through the portal the crystal exploded, destroying the portal, killing everyone in the portal room and dooming those still traveling inside of it to oblivion. In a deperate bid to repair the portal and again connect with their Northern allies the mages crafted three nether portals around the broken portal and used the power coming from the open nether portals to attempt to reawaken the crystal.
However their attempts failed and the crystal reacted negatively to exposure to nether energy. The once simply broken crystal began to ooze lava from its cracks and the nether portals around erupted with lava flows as well. The portal room phased between the dimensions of the overworld and the nether. When this happened the nether began to phase through in other locations  within the crater. Huge black growths burst forth from nether tained soil creating multiple portals to the nether from which poured all manner of horrors. The growths blocked of access to the crater the cave was in and the Traveler's Keep was cut off from its village. The keep fell under siege from both within and without. The city around the crater was quickly over run by the horrors spewing from the nether portals, but some citizens managed to flee to the seaside fort on an island in the bay which normally housed the incoming and outgoing shipments from the city's trade partners. With the city razed and the keep and fort blocked from communicating all hope seems lost for the survivors.


Progress: This build is around 50% done. The keep is mostly done except for the inside decoration and structural changes within the cave. The village is layed out and roads are mapped out, but most buildings need to be built and then somewhat destroyed to account for the nether invasion. The seaside fort isn't even designed yet.

Side Note: There is a fleshed out water controlled gate mechanism under the keep; I really like how its set up. 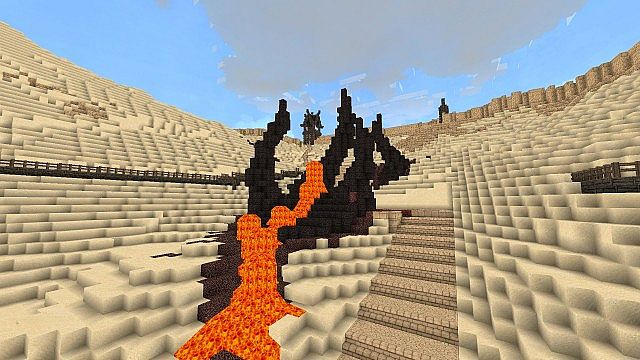 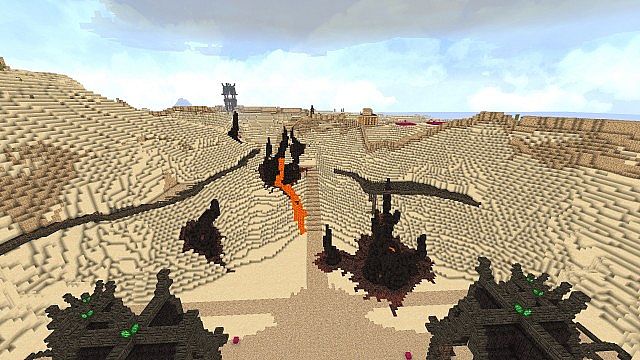 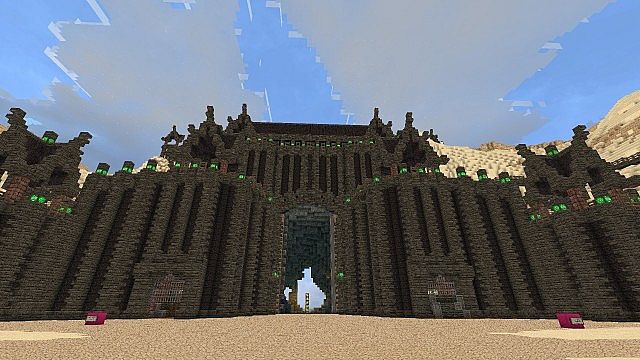 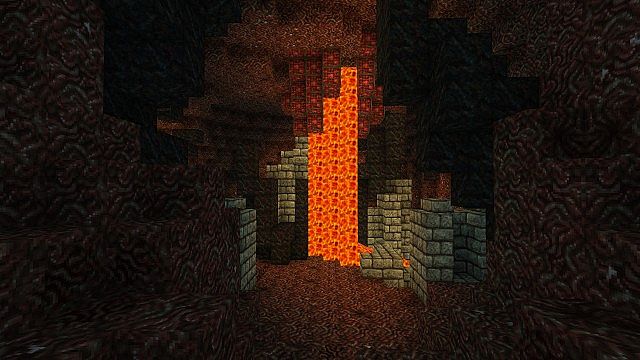 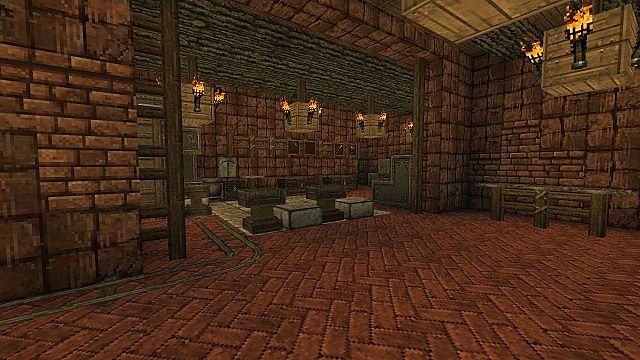 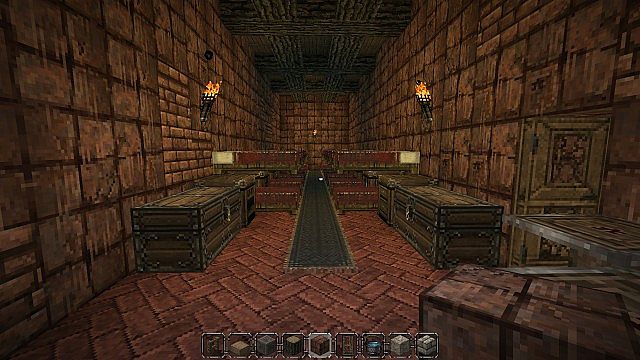 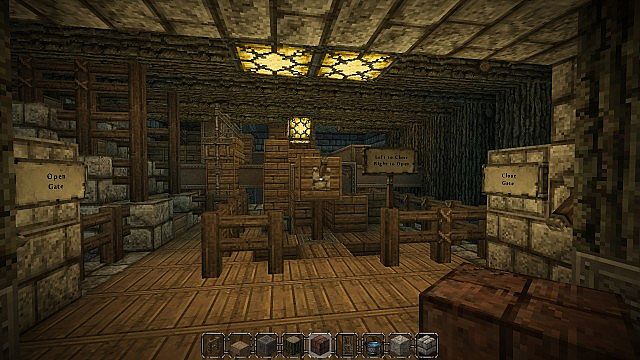 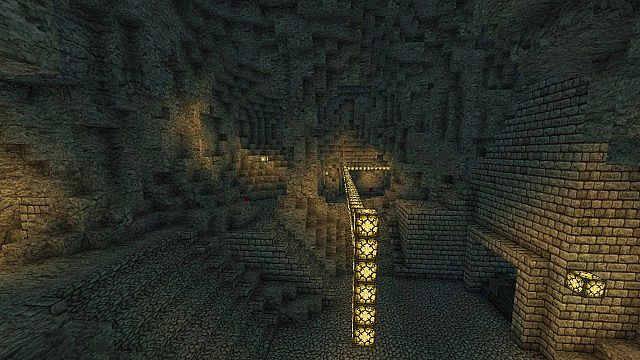