There are some things that I think people should be aware of if they considering the cars. This post will show you the differences between a Model S and a Model 3 Electric car 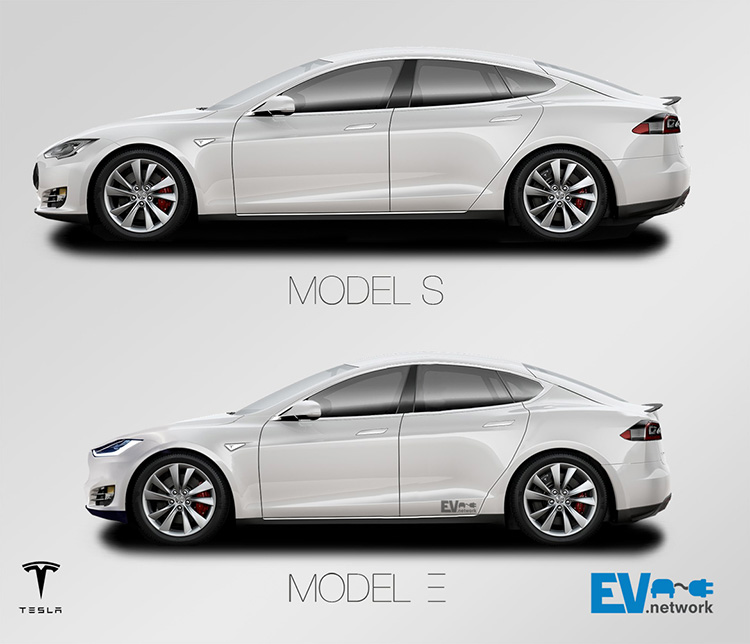 The first is pricing is going to come in at $35,000 before tax incentives and Elon mentioned that the average selling price will be closer to $42,000 because of options that people would choose. So if you want stuff like the match Pete option that glass roof that they’re showing off instead of a plain metal roof, it’s gonna cost extra

I also noticed that in Model 3 the door handles don’t automatically slide out like the ones on the Model S. So one of the democraft had those handles but that’s unlikely to go to production. The actual handles you need to press them to mechanically pop weaver out. And on the inside it’s a button to open the door.

Another thing the hardware for auto pilot is standards, of all the senses and suffers included and safety features like automatic braking to avoid objects, those are standard but convenience features like self parking or automatically lane changing all of those are extra. They try to make it seem like auto pilot came standard on the Model 3 but it doesn’t.

The other thing is sized. This is not a big car. It’s around 20% smaller than the Model S. And when you compare photos and do some rust yelling. I think it’ll be around 15 inches shorter and if you enjoy lower and narrower than the Model S. Similar in size to a mazda 3. Actually which is a pretty small car. Because of having shifted things around in the cabin and the way the roof panel works, it’s quite room in there.

The trunk opens as the regular trunk. The front trunk is a little smaller, not as small as this one but it’s definitely smaller than the current Model S.

And there’s also no plus 2 sitting in the back, so the Model S wasn’t a massive car anything, but the Model 3 is definitely more standard size/

The third thing is charger. Just as reminder you need to have a power socket nearby to make this car feasible. Elon mentioned that by the end of next year they’ll double the number of superchargers and then quadruple the number of destinations charger which is cool.

So super chargers are those stations that let you charge up really quickly so charging a Model S battery to half takes about 20 minutes. Now currently there’re free to use. So if you drive a Model S, if you see one of super charging station, you just plug it up and you’re good to go. But for the Model 3, they’ll have supercharger capability built in the weather and it’s free to fill up is something that they’ll figure out over time.

Tesla cars have crazy massive torque and also handle really well because they don’t have a super heavy engine in front of the car. With a Model 3 base configuration of use to 66 seconds or less. It’s not as fast as the Model S but it’s faster than most luxury cars on the road right now. So it’s faster than Audi A4, the Lexus LX300, the Mercedes C300, the BMW 328.

The base model is a rear-wheel-drive, it’ll have a range of 250 EV miles it also comes in an all-wheel drive dual motor option for less than $5,000. That’s cheaper than the Model S of a drive option.

If you’ve been in a Model S, you’ve seen that massive 17 inches screen that fits in the center consoles. On the Model 3, it’s a small screen at 15 inches, but it’s in a more prominent horizontal position so this positioning is final. It’s gonna be a landscape screen. With the Model S screen there are controls are little tough to reach on the center console and you have to lean forward to hit in. On the Model 3, this screen is closer to the driver so it’s a little bit easier to see and access.

There’s also no instrument panels, so the second screen on the Model S with speedometer and stuff is gone in the information displayed on that 15 inches screen.

You end up with a super clean and minimal dash without that humble. It’s a little untraditional, I think that some people find a weird but Elon mentioned that there still treating the steering controls. If I still tweaking a bunch of stuff like the door handles shape, the font nose cone, even everything’s kind of in the works. But I really like the car. I love with the car represents.

Related keywords for Tesla Model 3 vs Model S: 8 things to consider before buying

Electric Cars Could Wreak Havoc on Oil Markets by 2020

Electric Cars get in a war Declare by Koch Brothers